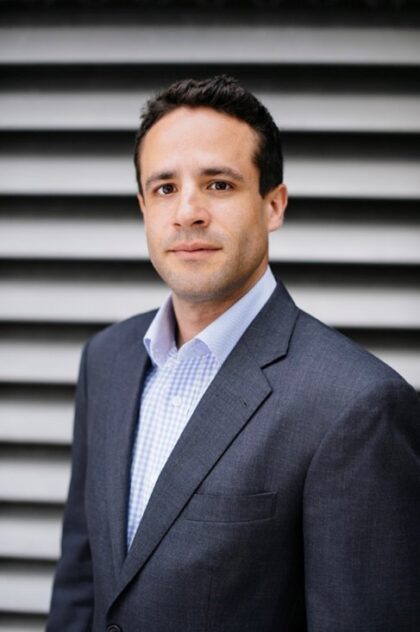 Mike Branch joined Geotab in 2016 where he brings nearly two decades of experience and accomplishments as a data scientist, software developer, engineer and entrepreneur. In his role as Vice President Data & Analytics, Mike leads the development of data products and data strategy. His responsibilities include developing new business uses for data, the internal enterprise data strategy, the acceleration of the data strategy, data team development, as well as managing the data education and data privacy programs. In 2021, Mike played a key role in the development of Geotab Intelligent Transportation Systems (ITS), which provides insights to develop more efficient, safer and sustainable transportation systems.

Previous to Geotab, Mike was the founder and CEO of Inovex, a software development company focused on servicing the healthcare industry and municipalities. It was at Inovex when Mike developed the map visualization product, Maps BI. Maps BI was later integrated into Geotab’s telematics platform, with Geotab acquiring it in 2016. Mike continued to serve in an advisory role at Inovex until 2019.

Over the years, Mike has received numerous awards for professional leadership, volunteerism and product innovation. He received the University of Toronto Arbor and Early Career awards in 2010 and in 2013, respectively. Similarly, he was awarded the Engineers Canada Young Engineer Achievement Award in 2013 and the Professional Engineers of Ontario Engineering Medal in 2013. He received two silver International Business Awards for Best New Software Product and Best Software Design, and the Cloud Innovation World Cup award for his work on Maps BI in 2013, and 2014 respectively.

Mike was appointed to and sits on the following advisory boards: Smart Center Freight, Privacy Analytics, Together for Safer Roads, Civic Digital Network and The Ray.

Mike holds a BSc in Computer Engineering from the University of Toronto and a Master of Management in AI from Queens University. He is a licensed P.Eng.